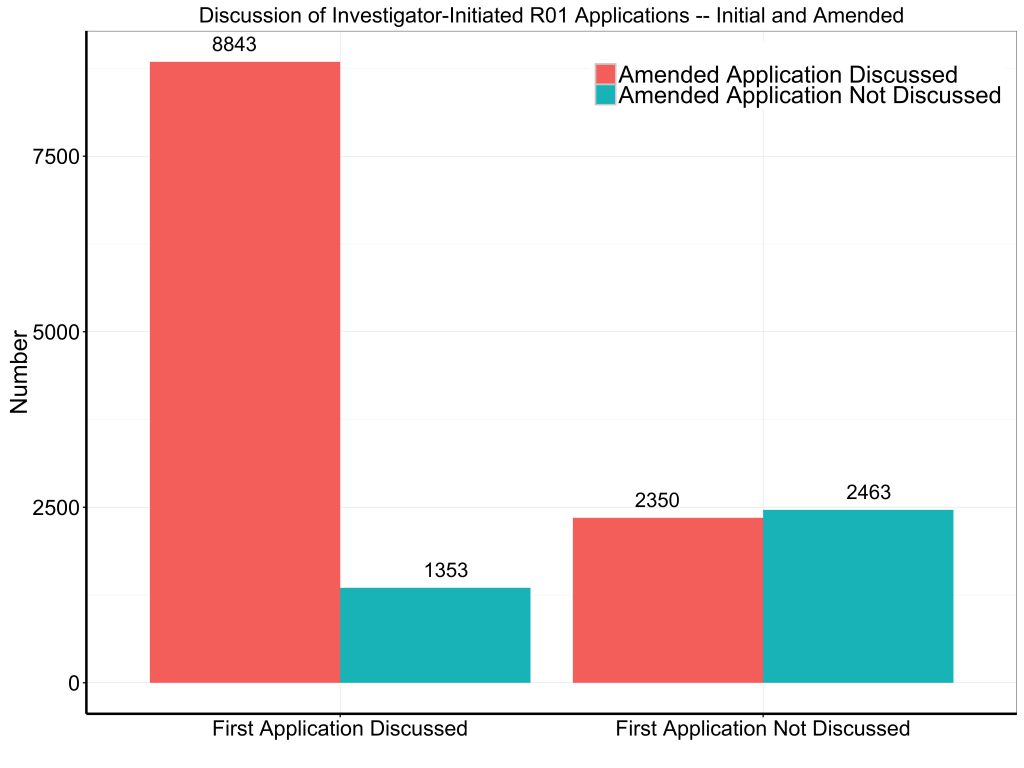 Figure 2 shows the same data, but broken down according to whether the submission was a de novo application (“Type 1”) or a competing renewal (“Type 2”). The patterns are similar. 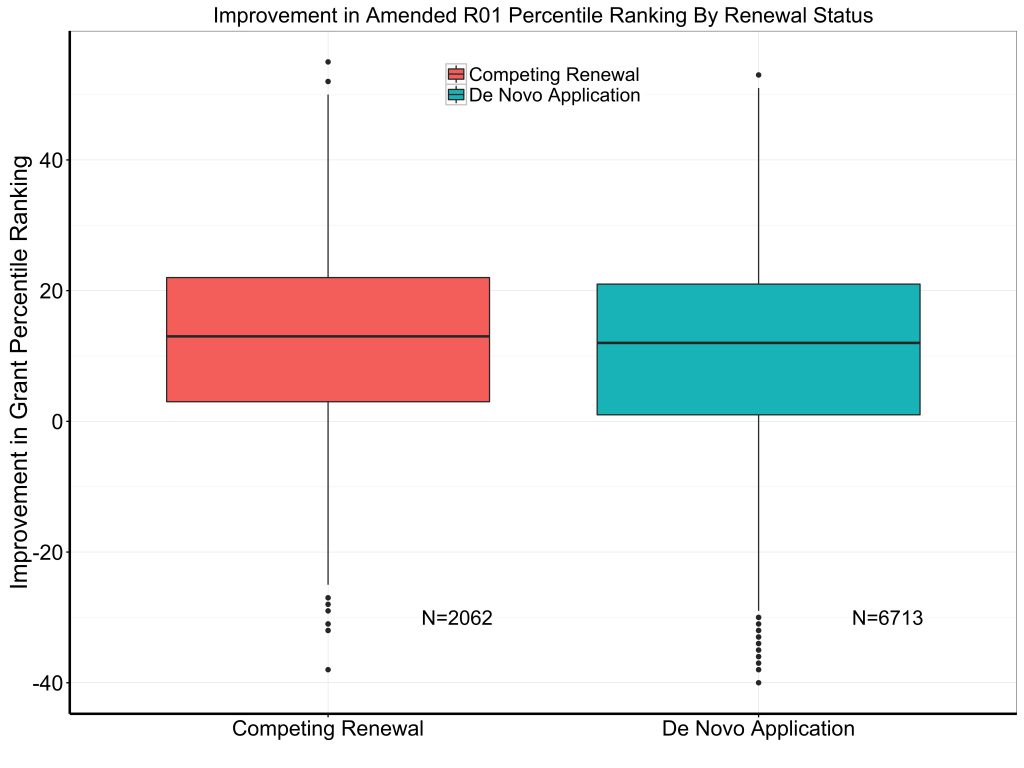 What are the correlates of the degree of improvement? In a random forest regression, the strongest predictors, by far, were the initial percentile ranking and the all other candidate predictors – de novo versus competing renewal, fiscal year, modular grant, human and/or animal study, multi-PI applications, and new investigator applications – were minor. 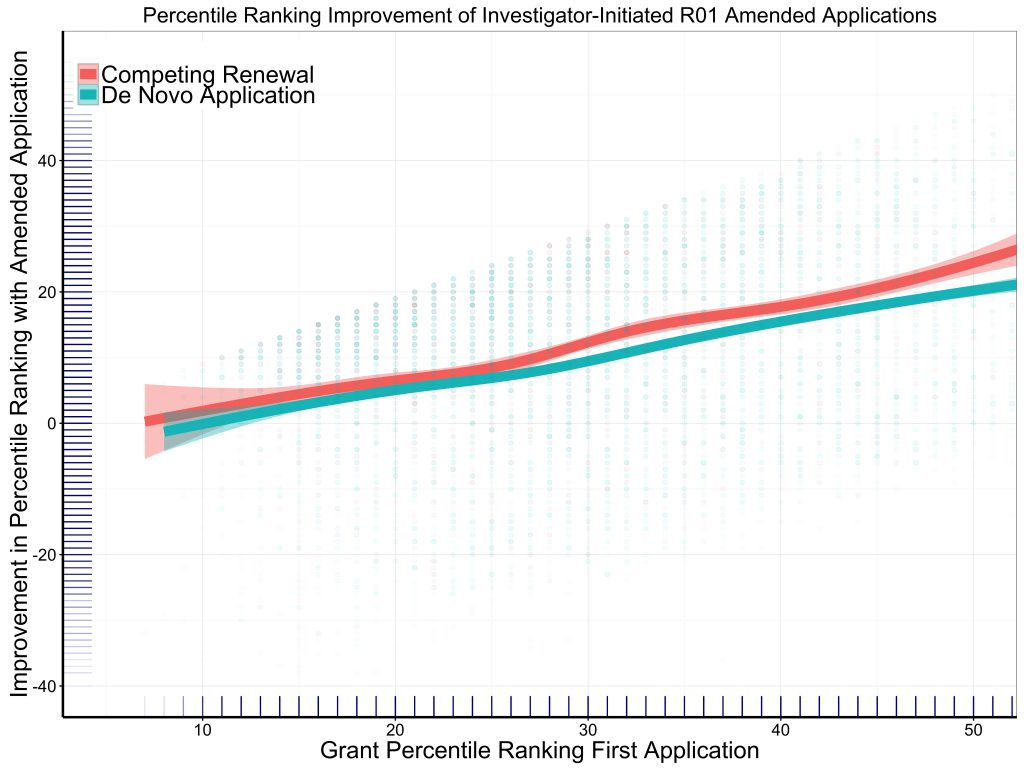 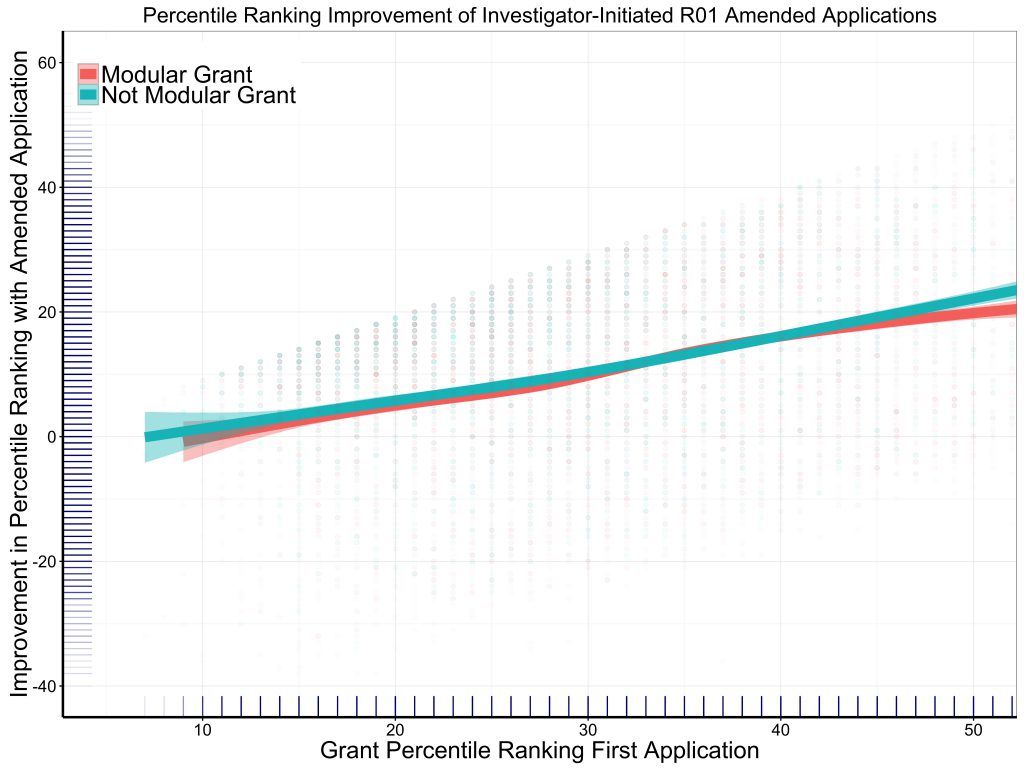 36 thoughts on “Outcomes of Amended (“A1”) Applications”