In a past blog we provided some general advice and data to help you consider these types of questions, and obviously the answers depend on specifics — but even so, based on your feedback and comments we thought it would be informative to offer high-level descriptive data on resubmission and award rates according to the first-time score, that is, the overall impact score on the A0 submission.

Let’s begin with looking at award rates: as a reminder, award rates are the total number of awards divided by the total number of applications. Figure 1 shows the award rate of these A0 applications broken out by type 1 (de novo) vs type 2 (competing renewals). (If you’re interested in looking at new and competing renewals in aggregate, for this and the following figures, these are shown in the Excel file we’ve posted to the RePORT website.) 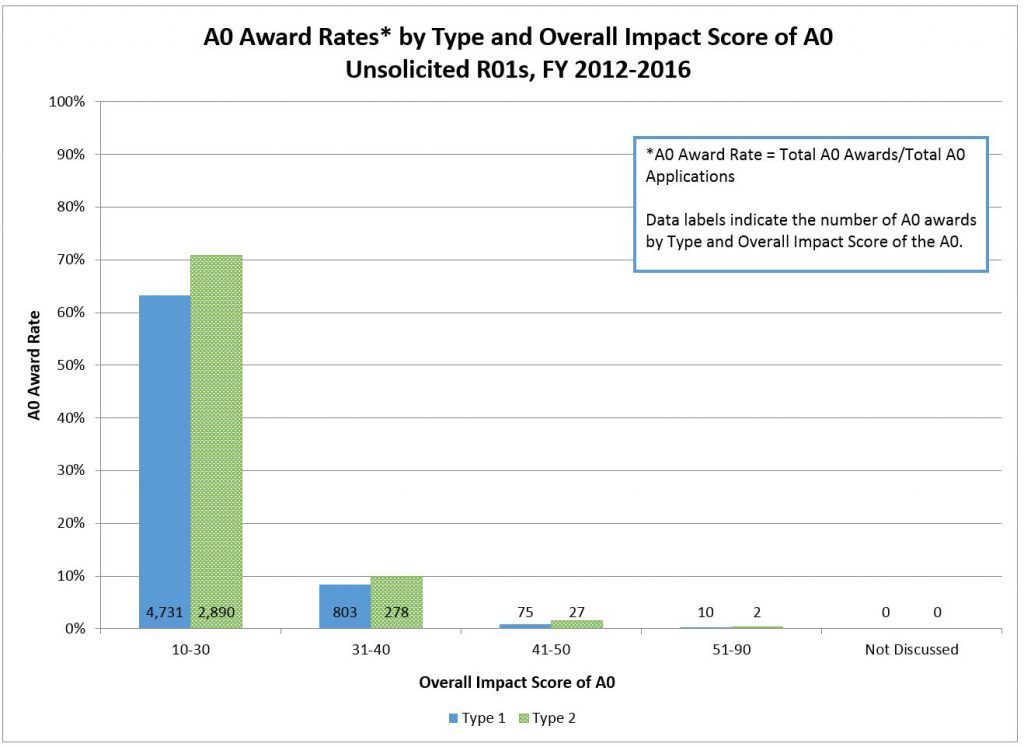 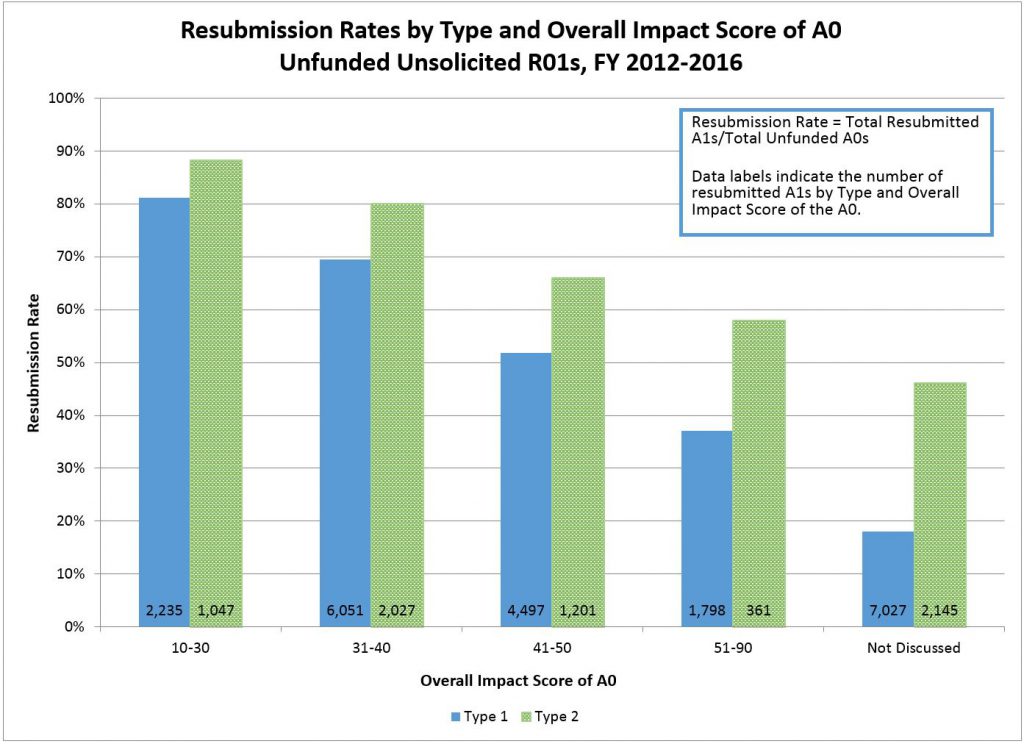 Finally in Figure 4 we move to eventual award rates – taking into account awards at the A0 or A1 stage. Applications with an A0 overall impact score of 10-30 have an 80-90% chance of eventually being funded. In contrast, applications not discussed at the A0 stage have less than a 10% chance of being funded.

We present these outcomes to show a high-level picture of applicant behavior and award outcomes. Nonetheless, as we have discussed before, we urge you to take advantage of extensive available information on our web pages and to feel free to contact your program officials for individual-level advice.

I am most grateful to my colleagues in the OER Statistical Analysis and Reporting Branch for helping put these data together.