In one of my earlier blog posts, I described an analysis looking at whether attempts at renewal are successful. We looked at data from fiscal years 2013-2015, and found that renewal applications have higher success rates than new applications, and that this pattern is true for both new and experienced investigators. In response to your comments and queries, we wanted to follow up on the analysis with some historical data that looks are whether success rates of competing renewals decreased disproportionately compared to new grant applications’ success rates. 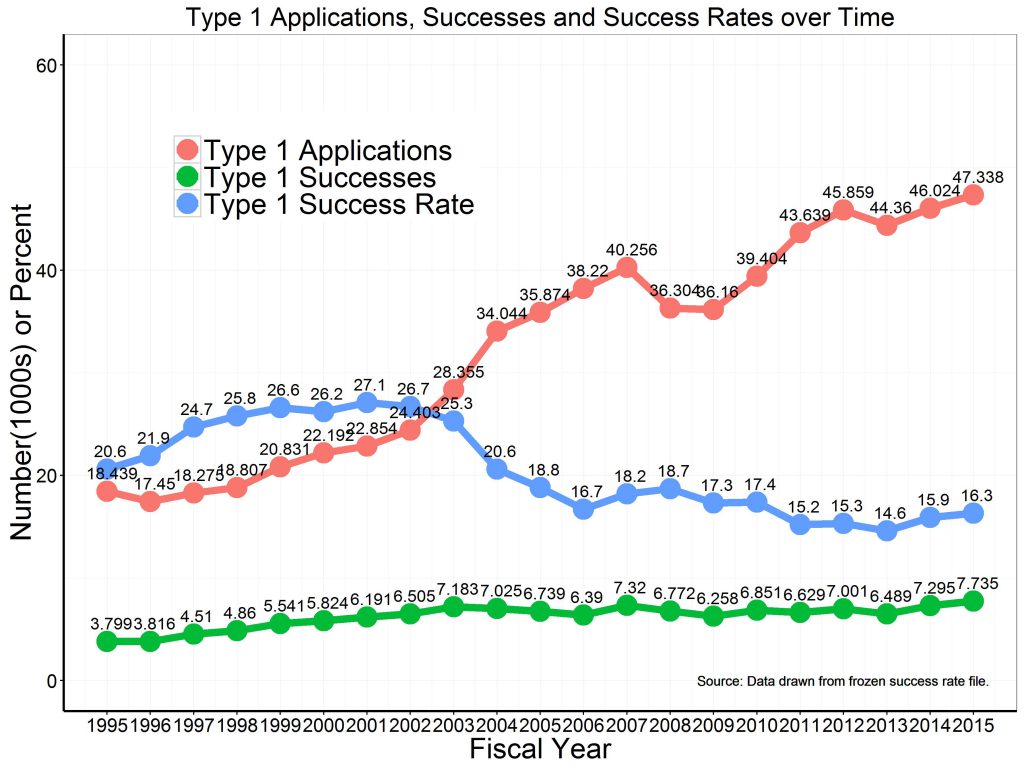 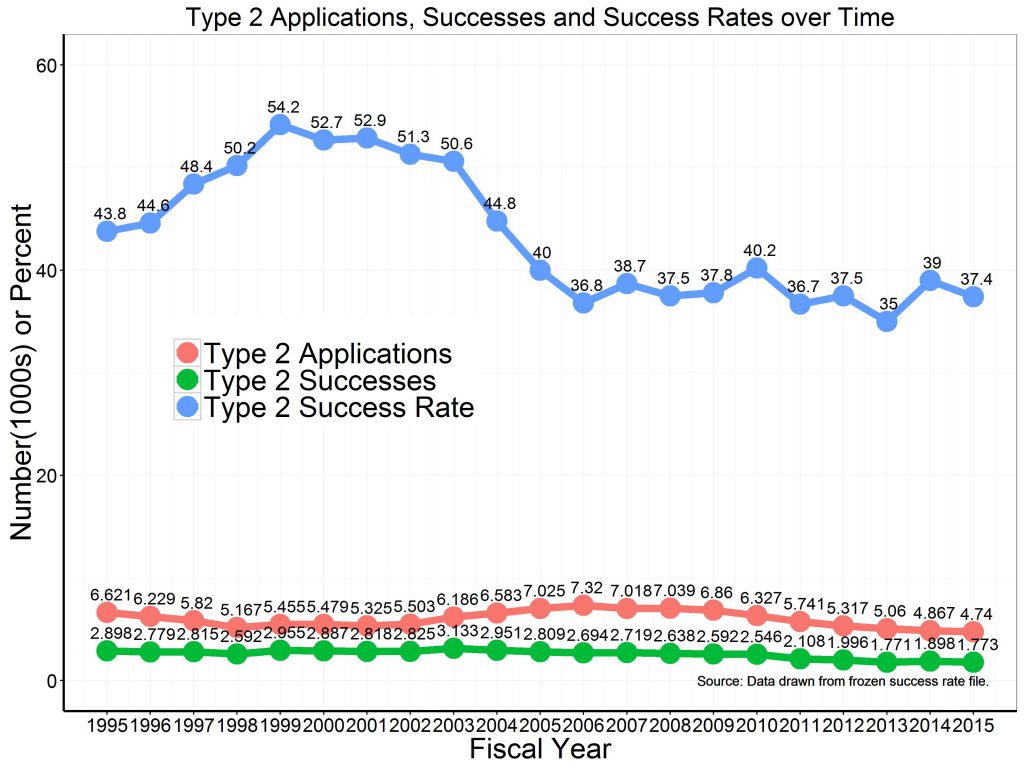 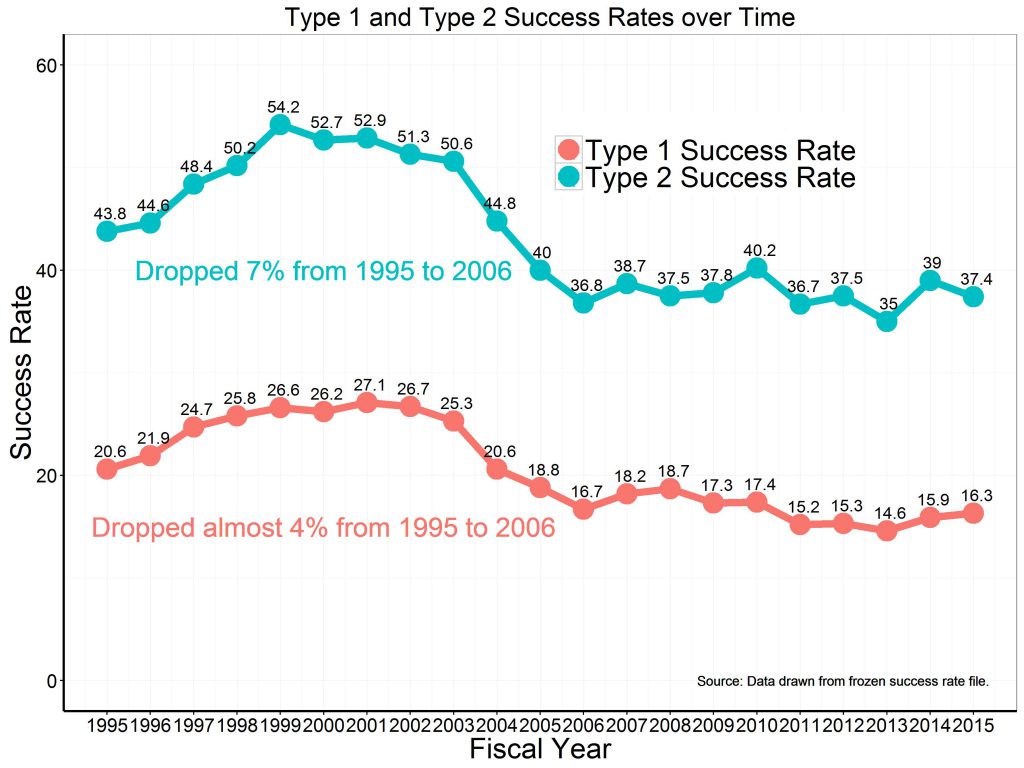