At NIH, we are heavily invested in our workforce and in understanding the barriers they face. What characteristics do they share? How do they compete in the current hypercompetitive environment? When do they stop applying to NIH (drop out), even after receiving their first award?

Staff from the National Institute of Allergy and Infectious Diseases (NIAID) delve into these questions in a paper published recently in PLOS ONE , whose findings I’d like to highlight today. Here, Drs. Patricia Haggerty and Matthew Fenton looked at factors that may contribute to the success of early-career investigators and if these factors affect all junior researchers equally.

This analysis focused on a cohort of investigators who received their first NIH R01-equivalent research grant (referred to as R01-e) awards (which included R01s, program projects and cooperative agreements) specifically from NIAID between fiscal years 2003 and 2010 (n=1,496). By following their subsequent grant applications through 2016 (or through their final application, whichever came first), our colleagues tracked funding outcomes of this cohort of investigators – referred to as “Early NIH-funded Investigators” (ENI) in the paper. ENI who obtained another R01-e award (from any NIH research Institute) were referred to as “successful” or “funded” ENI, whereas those did not were referred to as “unfunded” ENI.

As Table 1 shows, 57 percent of the cohort ENI were successful – that is, they obtained at least one additional R01-e award – by 2016. ENI from the first four cohort years (2003-2006) had a higher funding rate (60 percent) than those from the latter 4 years (53 percent). This finding may be due in part, the authors suggest, to higher R01 paylines at that time.

Among study ENI who continued to apply for NIH grants for at least 5 years after receiving their first award – whether or not they had obtained new funding by then – 77 percent remained, and 23 percent had dropped out. The authors suggest this may represent an improvement compared to earlier data on NIH first-time R01-e awardees. The Kaplan–Meier curve in Figure 1 below shows the length of time awardees remained in the NIH applicant pool after their first R01-e award. For NIAID investigators (using a 1998-2003 cohort, blue line) the dropout rate was steepest between 4 and 5 years (straight red line), by which time 32 percent of investigators had dropped out of the pool (68 percent remained).   For other NIH investigators (using 1989, 1997 and 2003 cohorts), the dropout rate was similarly steep between 4 and 5 years, by which time 43 percent had dropped out (57 percent remained). 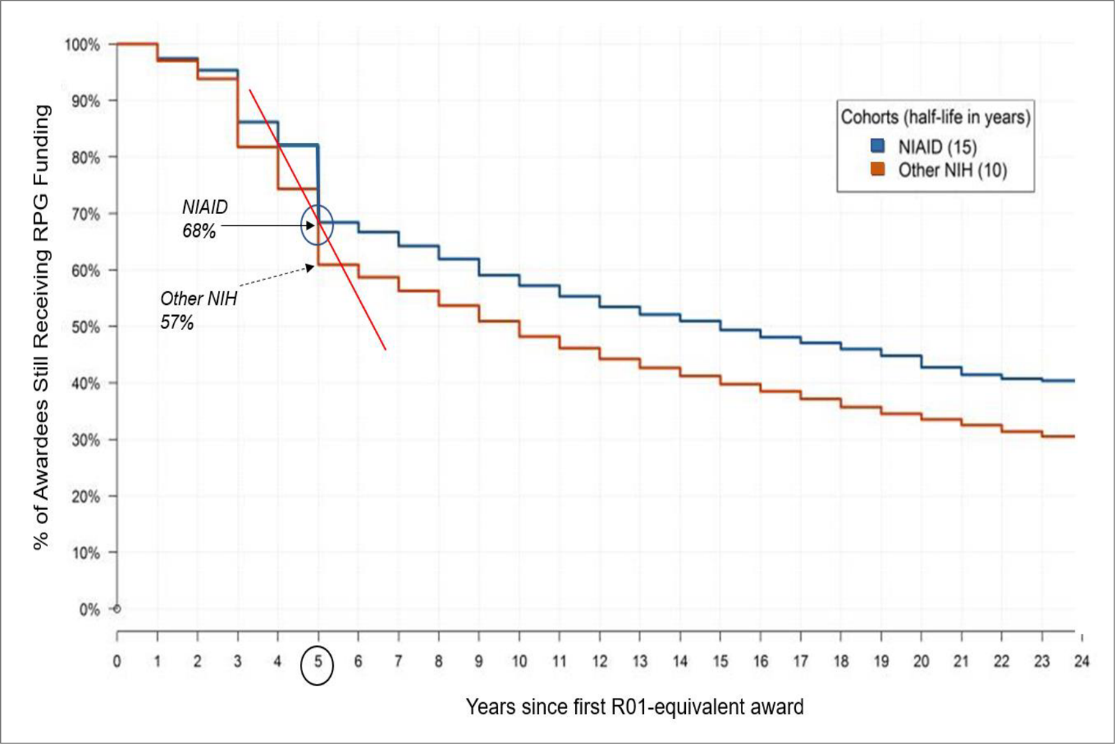 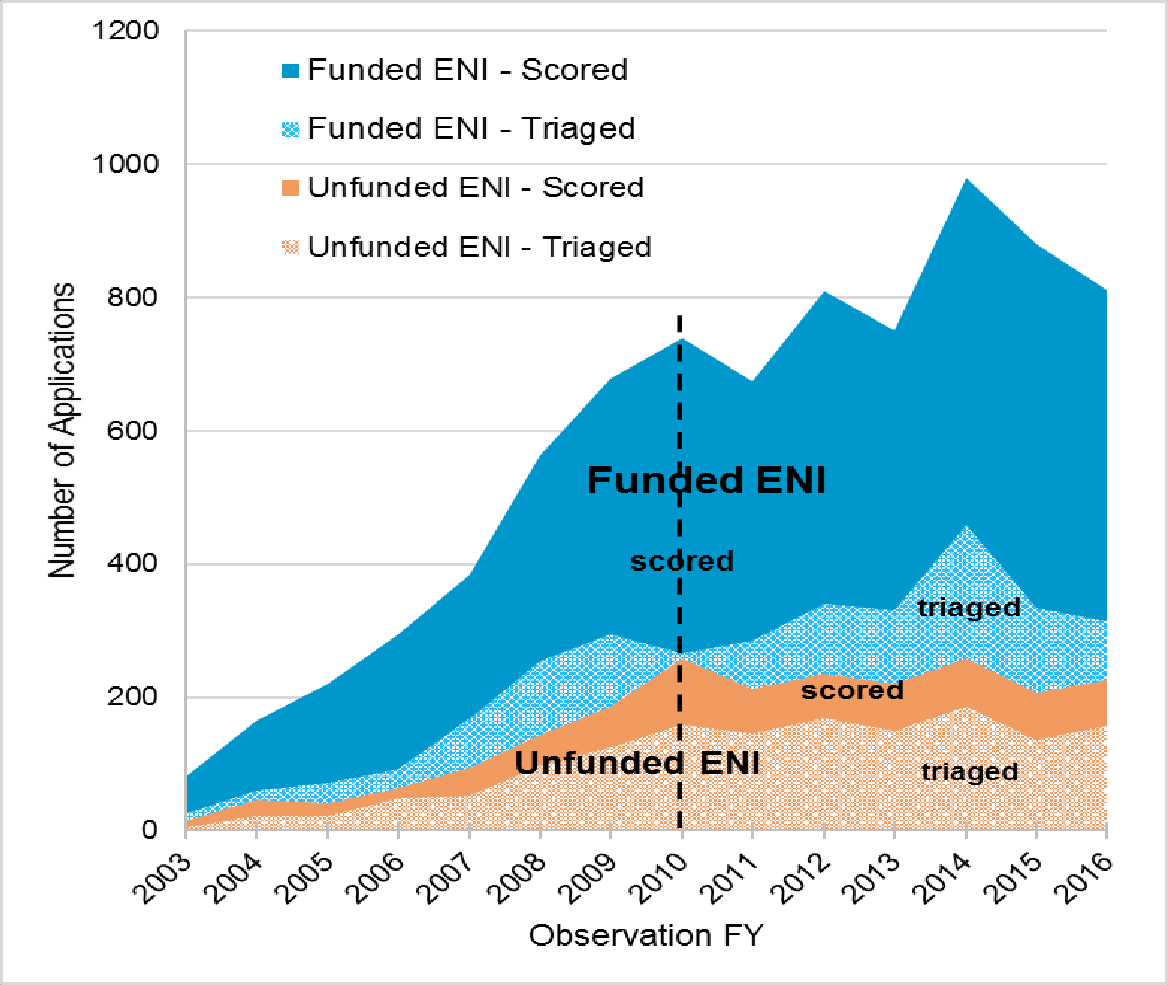 The authors suggest that successful investigators “displayed remarkable within-person consistency, not only in grant submission behavior, but across multiple behaviors associated with a higher likelihood of future funding.” They go on to mention that those who were successful “developed superior grant writing skills, superior grant submission strategies, and projects with broad relevance and scope.”

The data presented here provide some interesting insights into the characteristics of successful early career investigators. By drawing on such knowledge, we may be better equipped to establish and adapt programs, like the Next Generation Researchers Initiative, that aim to strengthen the future of the biomedical research workforce and bolster the prospects for these scientists for years to come.