These analyses are based on the outcomes of 35,528 T32 post-doctoral participants (including 18,671 men and 16,857 women) who matriculated between 1995 and 2009, for whom we had data on age and gender, and who had received MD, MD-PhD, or PhD degrees. We followed them for designation as principal investigator (PI) on subsequent K and R01-equivalent awards (which we’ll refer to as R01 going forward) through 2017. Table 1 shows characteristics and high-level outcomes according to matriculation cohort. Over time, a greater proportion of matriculants were women.

Table 2 shows characteristics according to gender. Men appointed to T32 programs were more likely to have MD or MD-PhD degrees. A greater proportion of men submitted K and R01 applications and received K and R01 awards during follow-up.

Figure 1 shows Kaplan-Meier event rates for time from T32 matriculation to time to serving as a PI on a first competing R01 award according to cohort. Those in the 2005-2009 cohort (meaning after the end of the NIH doubling) were less likely to eventually be a PI on an award. Figure 2 shows that recipients with MD-PhD degrees were PI’s on awarded grants at greater rates than those with PhD degrees, whereas those with MD degrees were PI’s on awards at the lowest rate. Figure 3 shows that men were supported as PI’s at a greater rate than women. Figures 4 and 5 show that for both men and women, those who matriculated into post-doctoral programs after age 35 had a lower rate of serving as PI on an R01 award. 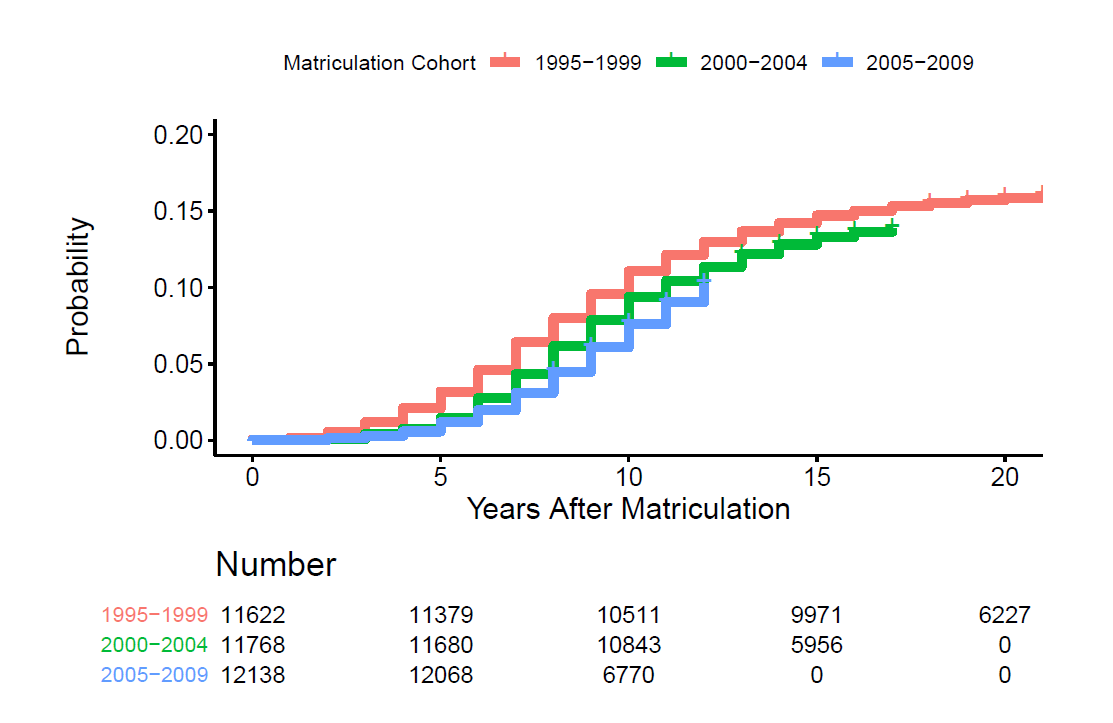 Figure 1: Time to first award according to cohort

Figure 6 shows corresponding Kaplan-Meier event rates for time from first K award to first competing R01 award according to matriculation cohort. Participants in later cohorts became PI’s on R01 awards more quickly. Figure 7 shows that those with PhD and MD-PhD degrees served as PI’s on R01 awards sooner than those with MD degrees. Figure 8 shows that men were more likely to be a PI on an R01 award sooner.

Table 3 shows a Cox proportional hazards model for time to R01 award. The analyses show adjusted associations of age, gender, degree type, matriculation cohort, and K-award (as a time-dependent covariate) with time to award. Men, recipients with MD-PhD degrees, and recipients of K awards were more likely to become PI’s on R01 awards in less time. The model focuses on those 35,079 participants with at least 7 years of follow-up (since few R01 awards were issued earlier, leading to a violation of the proportional hazards assumption). By bootstrap validation the model performed well with an optimism-corrected concordance statistic of 0.784 (where a value of 1 would imply perfect discrimination and a value of 0.5 would imply that the model performs no better than chance). 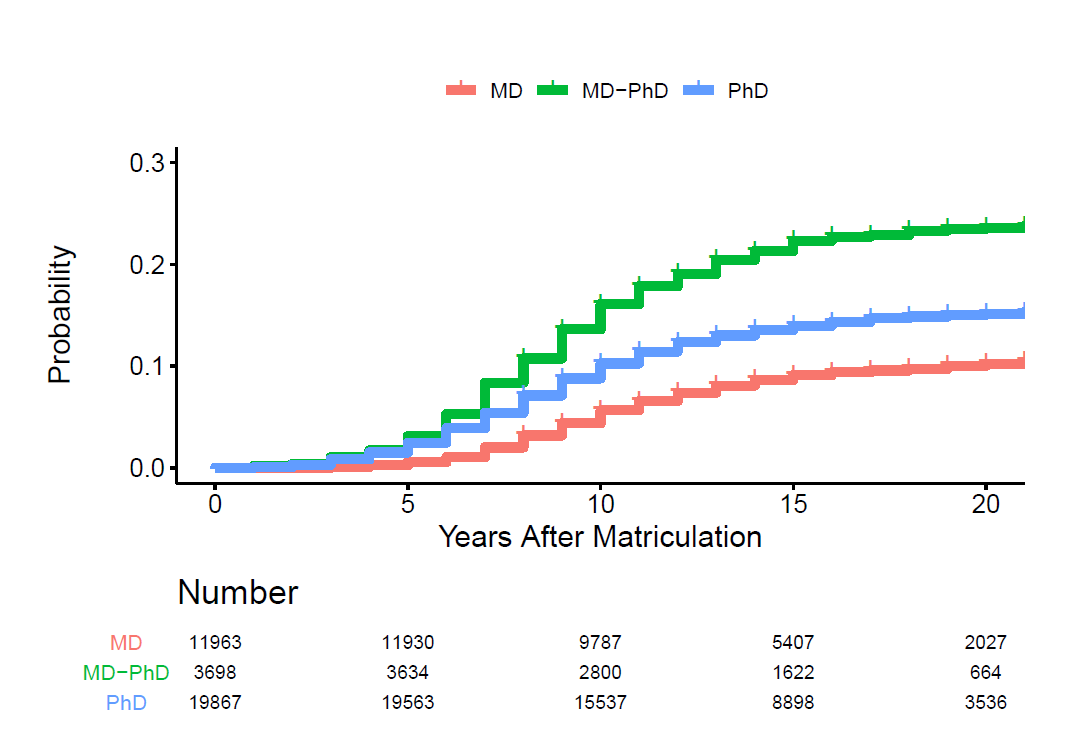 Figure 2: Time to first award according to degree 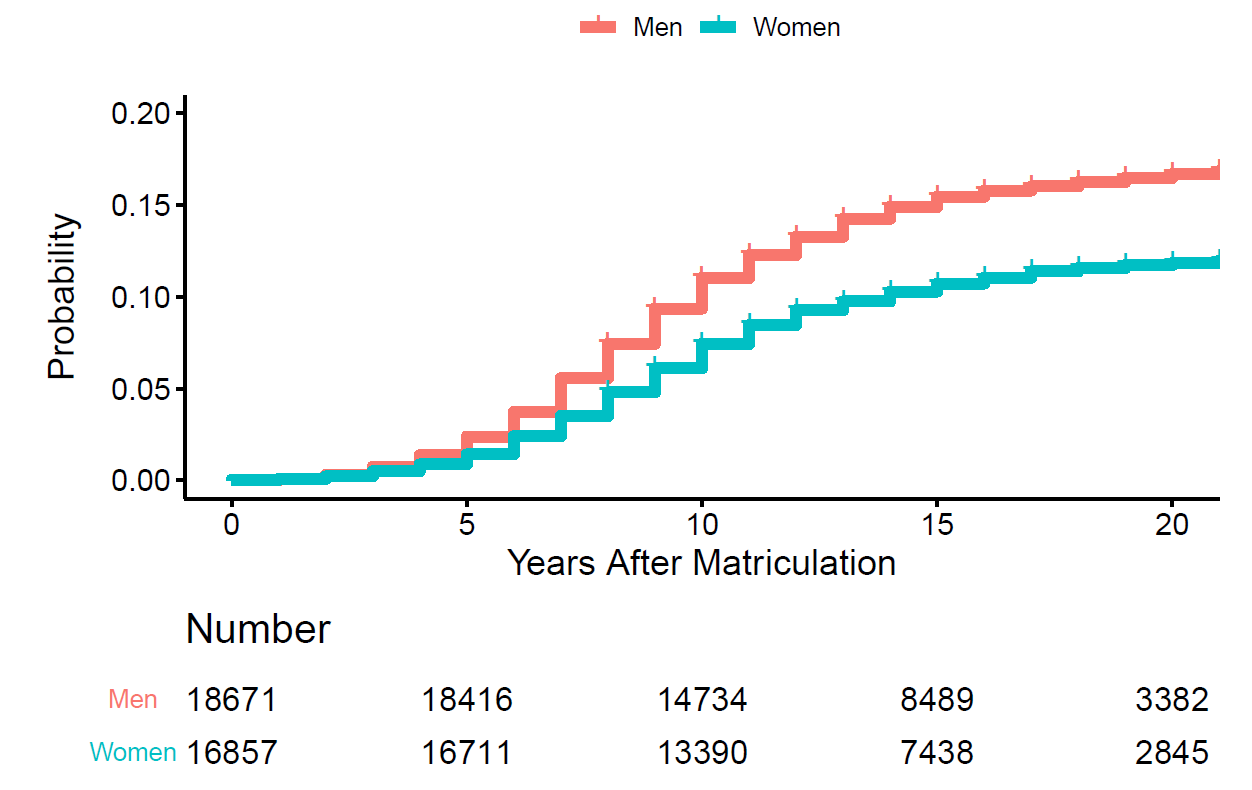 Figure 3: Time to first award according to gender 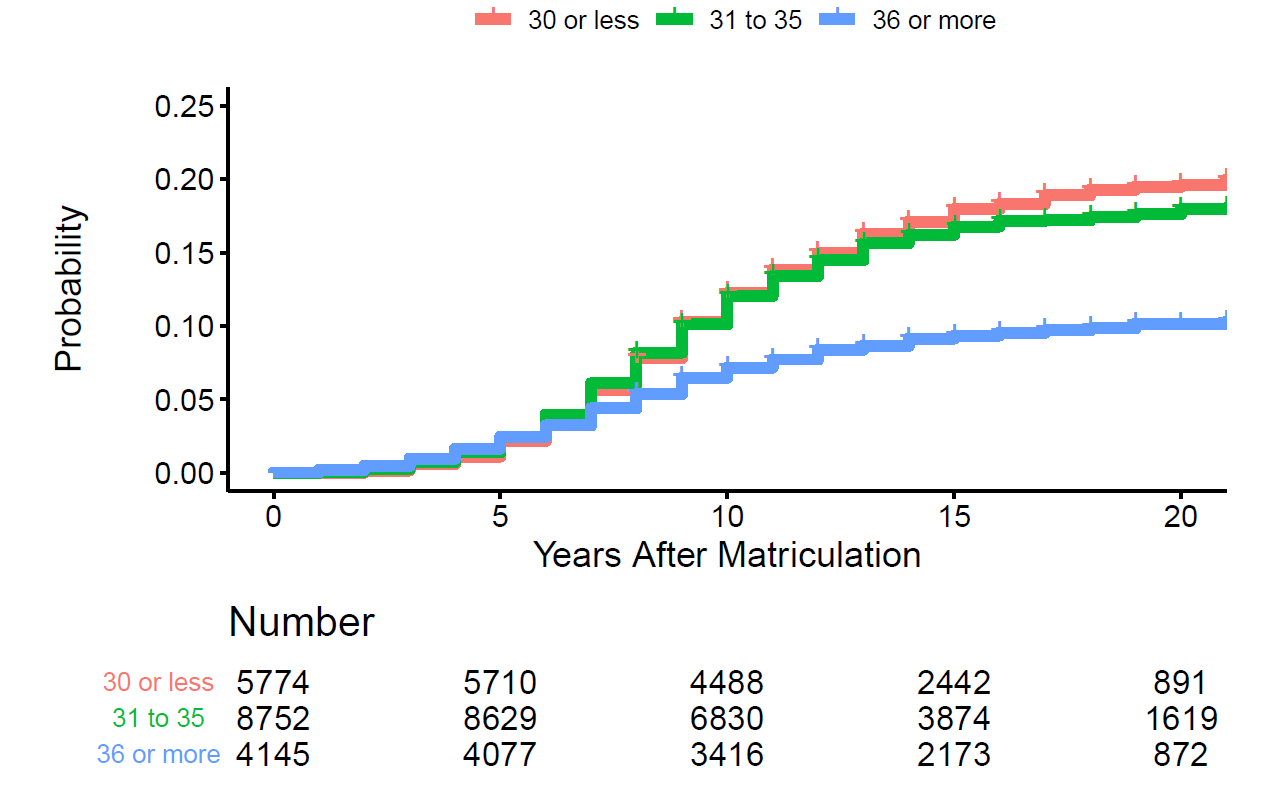 Figure 4: Time to first award according to age among men 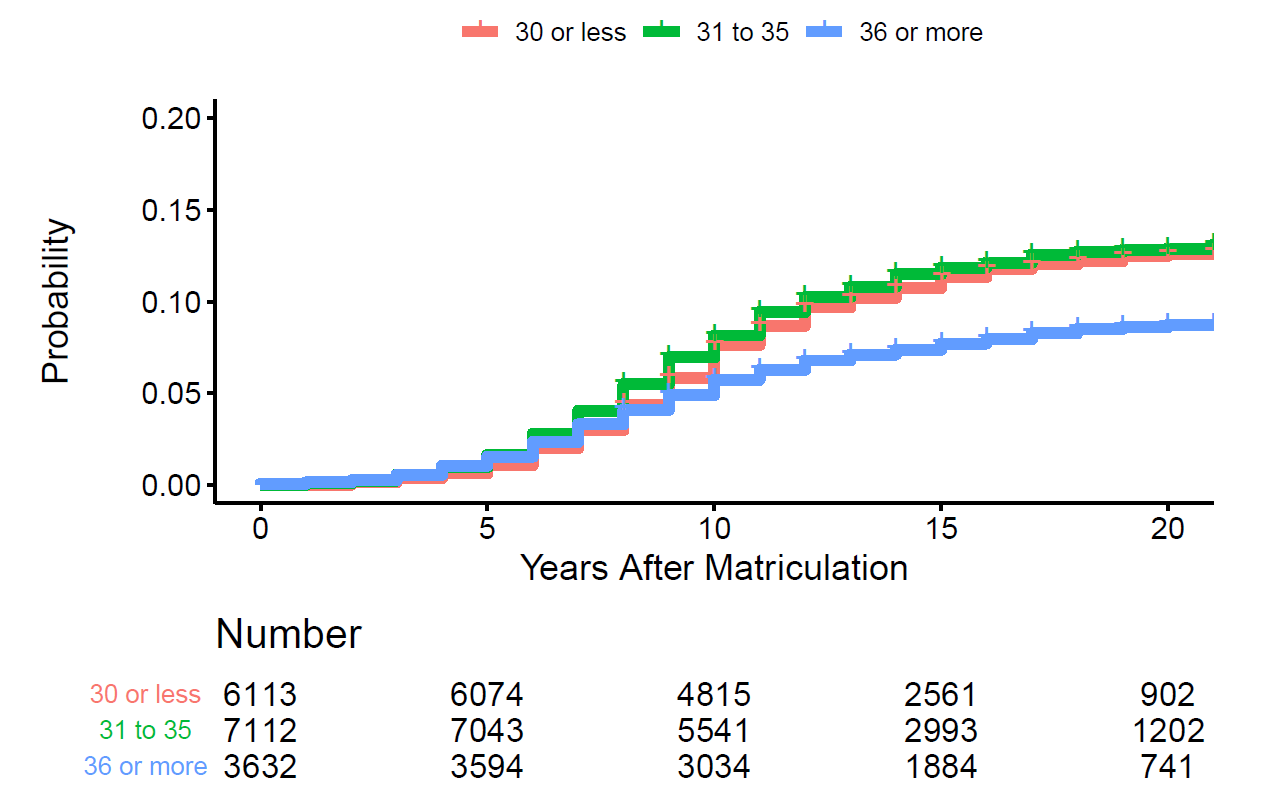 Figure 5: Time to first award according to age among women 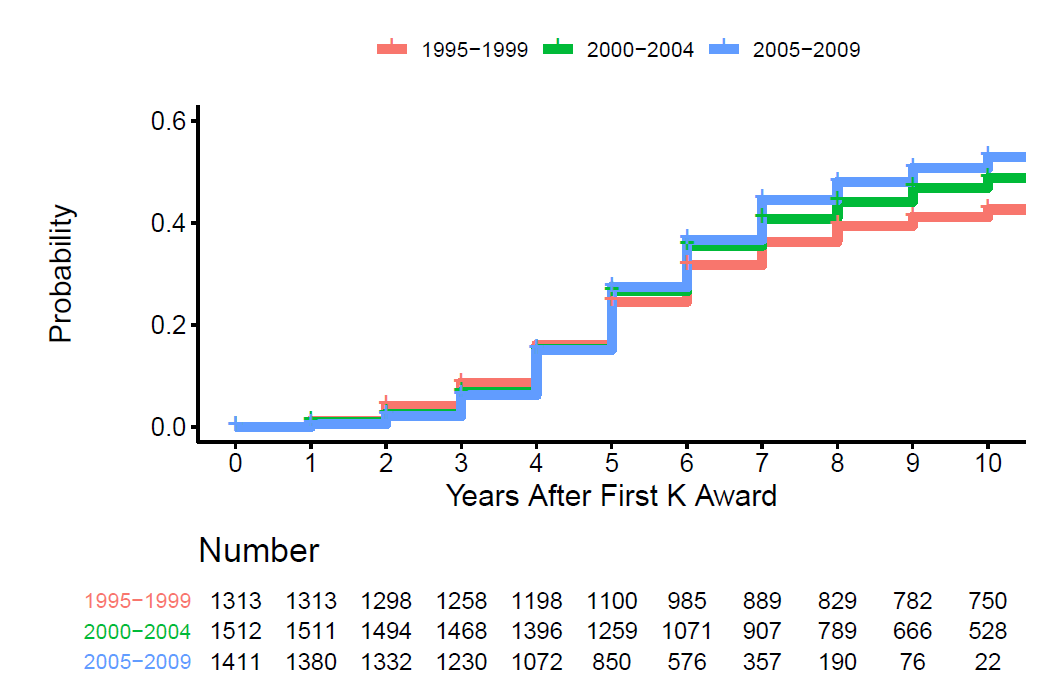 Figure 6: Time to first R01 award from first K award according to cohort 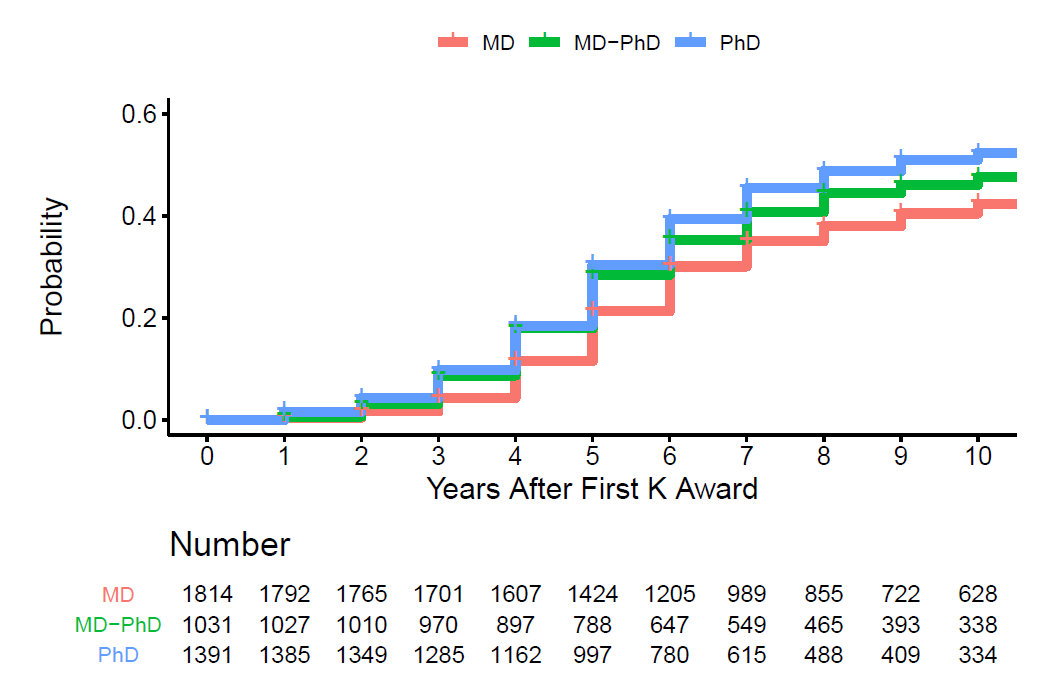 Figure 7: Time to first R01 award from first K award according to degree 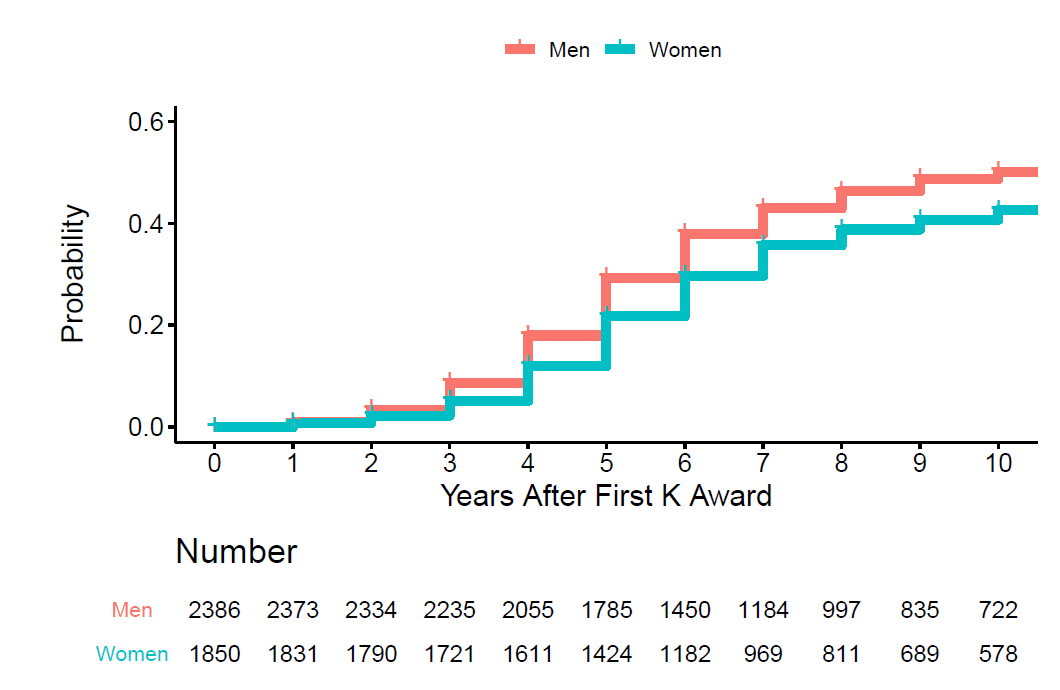 Figure 8: Time to first R01 award from first K award according to gender

Table 3: Cox Proportional Hazards Model for First Competing R01 Award among T32 Post-doctoral Matriculants for Those with at Least 7 Years of Follow-up

In these analyses of the outcomes of T32 post-doctoral trainees with MD, MD-PhD, and PhD degrees, we find that men with MD-PhD degrees had the highest rates for R01 application submission and award receipt (as PI). Women comprised a greater proportion of trainees over time. Serving as PI on a K-awards predicted a substantially higher rate of later support as PI on R01 awards.