By the 21st Century Cures Act, the Next Generation Researchers’ Initiative calls on the NIH to develop policies to increase funding opportunities for new researchers seeking to secure early independence. To put the Initiative in perspective and to extend on previous blogs we’ve posted on changing demographics in NIH-funded researchers, we thought it would be useful to explore trends according to career stage.

Second, for the most part we will focus on competing R01-equivalent applications and awards – these include R01, R23, R29, R37 and RF1 activity codes. 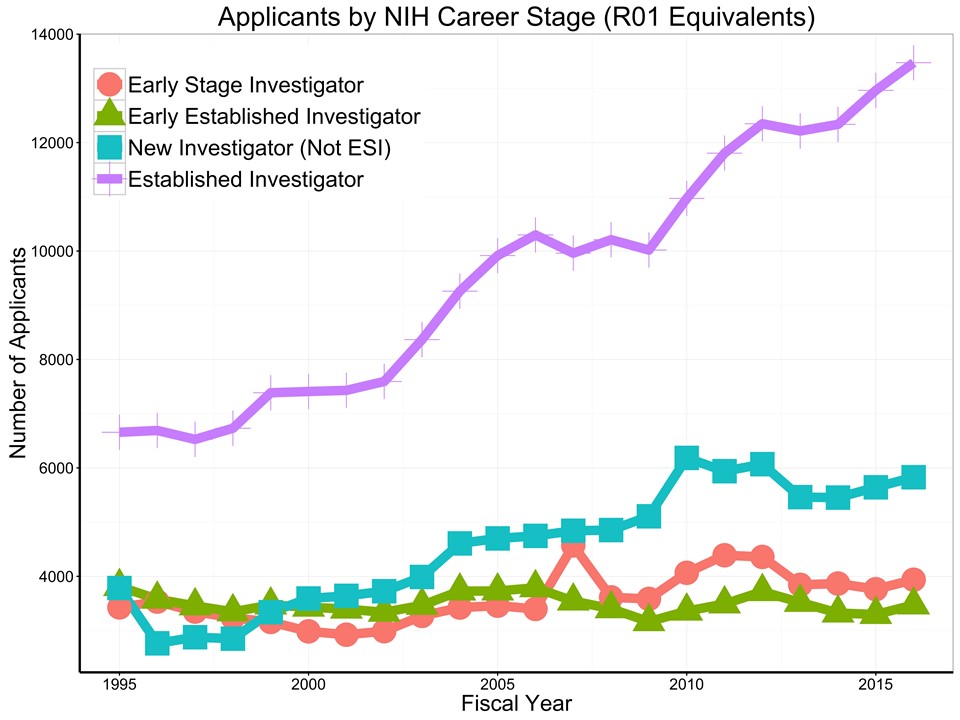 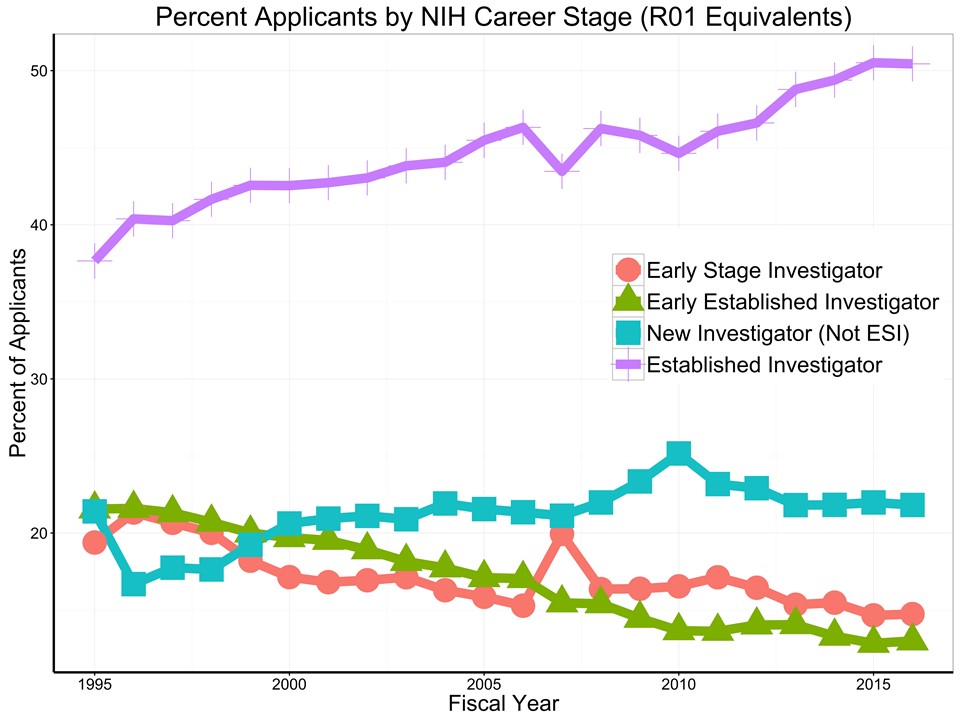 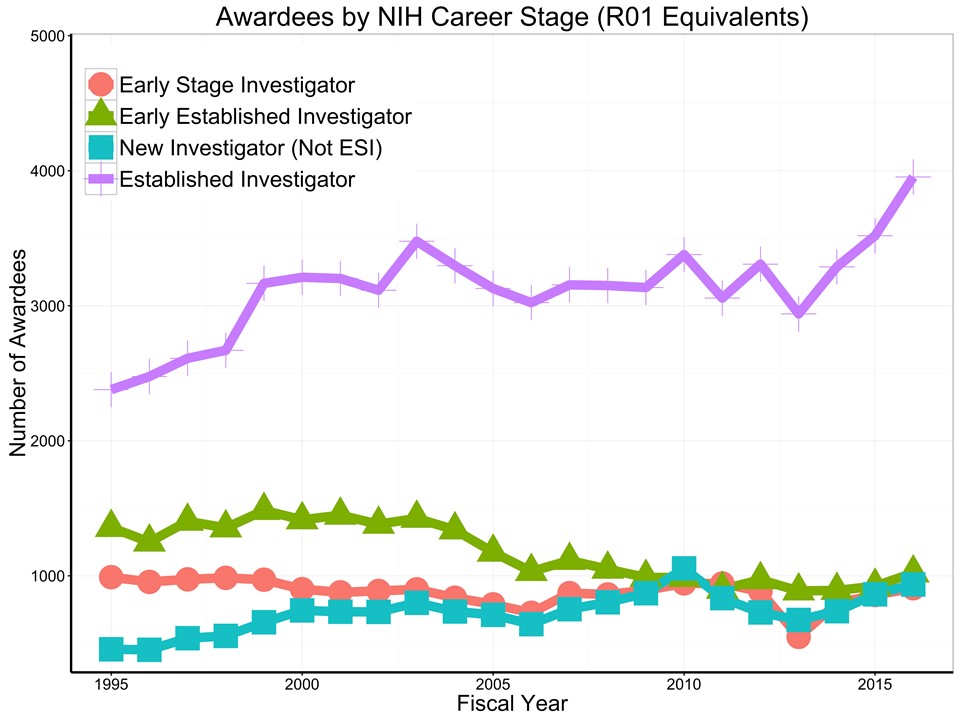 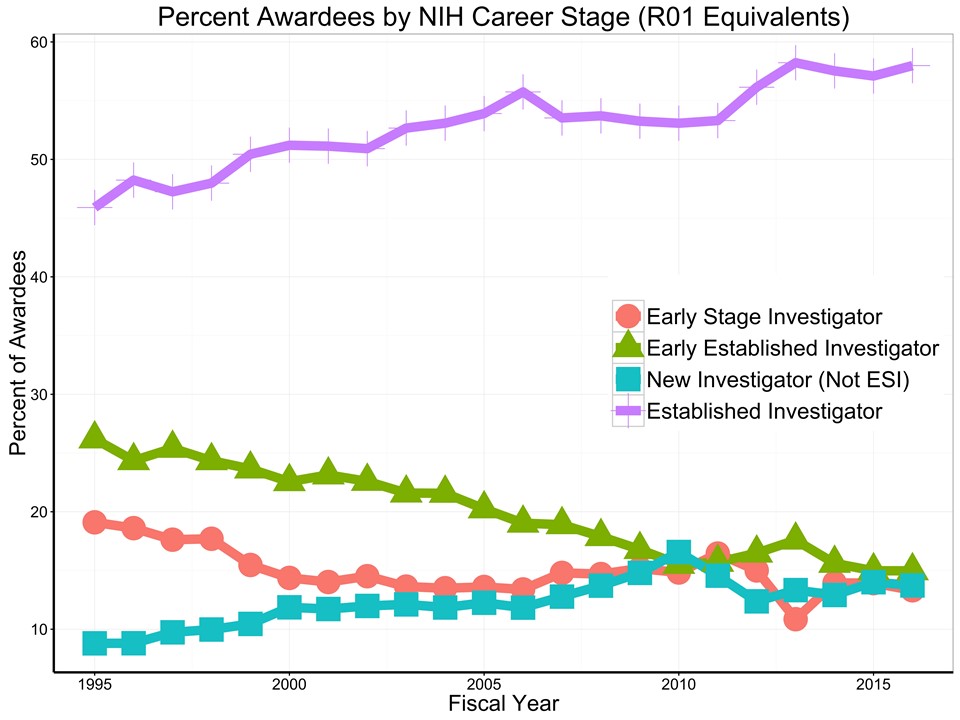 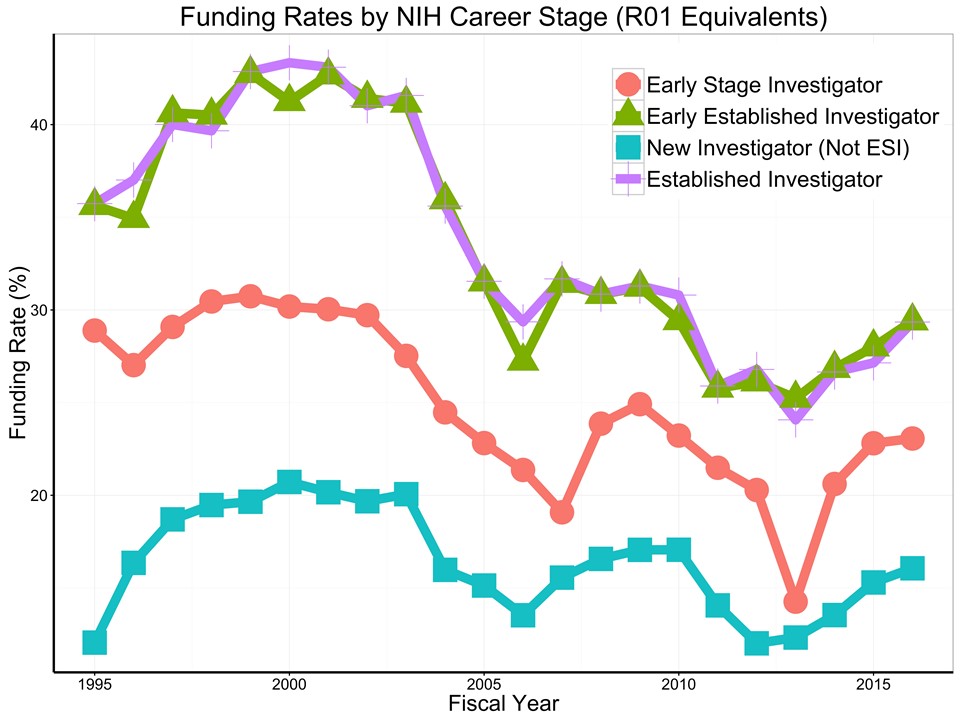 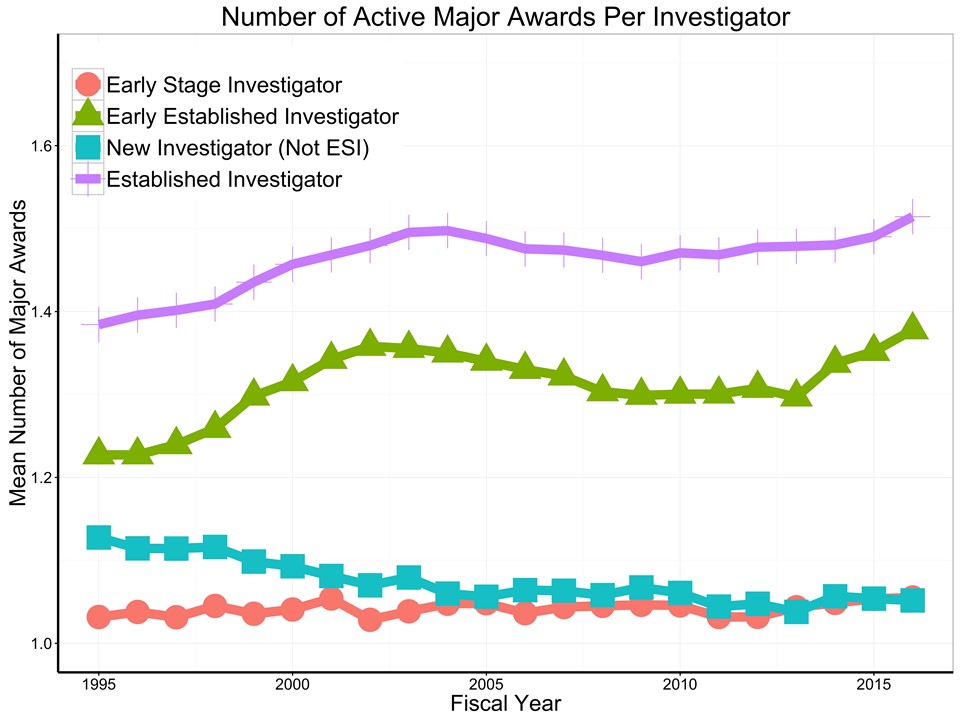 Established Investigators not only make up a greater proportion of awardees (Figure 5), they also secure, to an even greater extent, a larger proportion of competing award dollars (Figure 8). 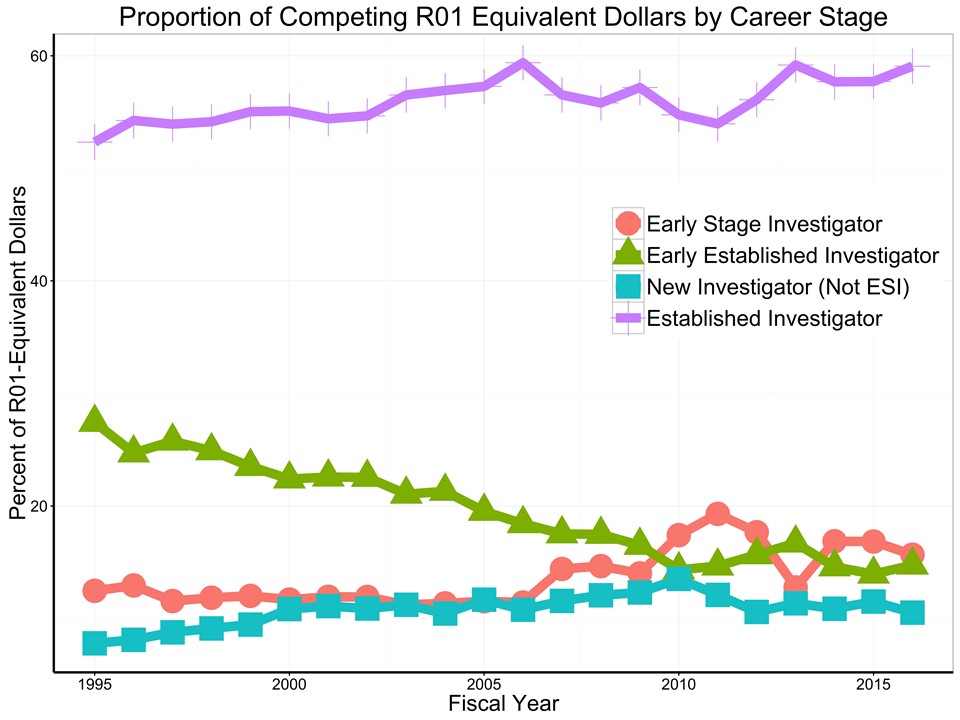 Finally, Figure 9 shows the percent of all first-time R01-equivalent awardees who go on to receive at least one more second substantial award within 5 years. For those he received their first award in 1996, over 55% went received at least one substantial award. For first-time awardees in 2011 that value fell to only 38% (and this even accounts for ARRA and the multi-PI policy). 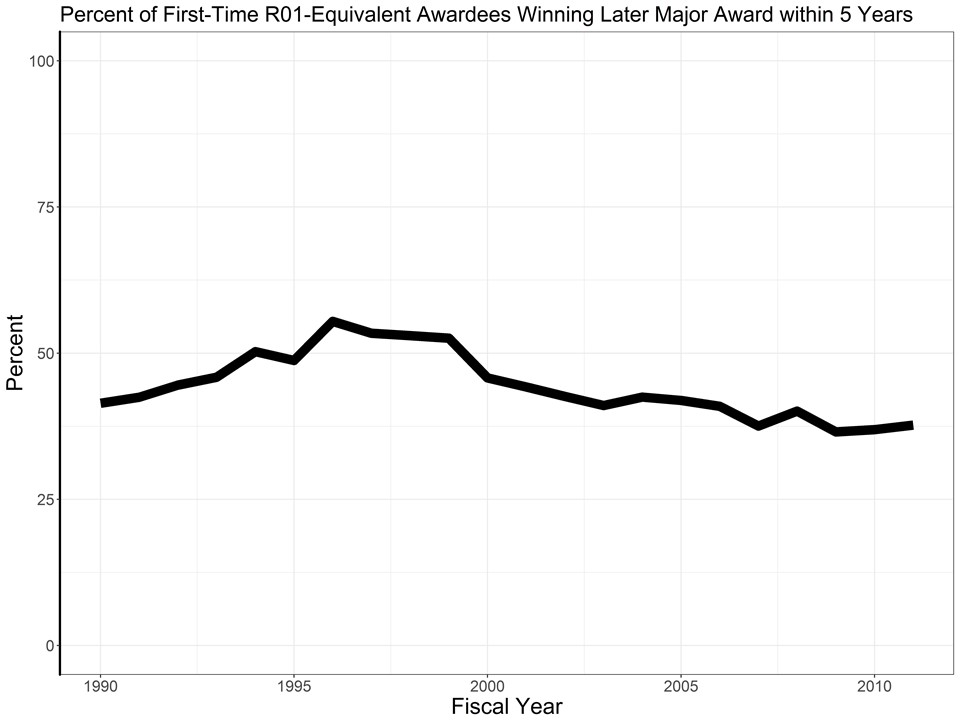 In summary, consistent with changes in demographics, we have seen substantial changes in the career stage composition of R01-equivalent applicants and awardees.  As the Next Generation Researchers’ Initiative will focus on increasing funding for Early Stage Investigators and Early Established Investigators, we may see some turning of the curves.

Many thanks to the Statistical Analysis and Reporting Branch of the NIH Office of Extramural Research for their work on this analysis.

11 thoughts on “Data On Trends According to Career Stage”